Cross to Eternity: Feeling the Nature of Being Time

It was midday, June 26th 2016, and I was watching and listening to Malcolm Turnbull deliver a vision of the future, should the politics of humanity’s nervous system deliver a coalition government of the people, for the people, by the people, kinda, sorta. Well! You know what I mean. While strangely, sought of para-whimsically, just as Malcolm said the words “new economy,” I heard a white Cockatoo squawk ‘Wake up!’ Just beyond the window paining to be light, outside this Matthew Talbot hostel for homeless men, in the Sydney harbour side suburb of Woolloomooloo. Rationally speaking though, I did hear the glorious white bird screech, at that precise moment and simply added the wake up interpretation of mother nature’s intention, with my innate imagination. Just as the TV presentation of good vibration politics, involving a well voiced dog whistle call to a rhetoric is reality delusion, played rather loudly, curtsey of channel nine. And I saw with my eyes, a white font ‘breaking news’ proclamation, fashioned upon an appropriate red background, telling transfixed eyes; Turnbull speaks to party faithful. OMG! Have a little faith, Mary, Joseph and Jesus, just a little more faith. - Please!

While sitting beside me a homeless street philosopher’s eyes were mesmerised by the flickering images upon the transparent surface of his new age tablet. And perplexed by the shimmering perspex of superficial images, I gave him a gentle nudge and said, ‘listen, your the really smart device mate, not the machine.’ “Huh! I dunno mate,” he said with gummy half tooth smile, instantly resuming a postural adaptation towards those surface images, attracting his innate interest-excitement. Ah well, winners are grinner’s and losers can please themselves I suppose, I found myself thinking. Just as Malcolm, like Hilary Clinton over there, made his unashamed Brexit pitch to the well suited, well frocked and well booted, middle-class survival agenda of our beautiful Austral-Asia. While as the camera captured scene of applauding faithful, filled the TV screen, Hanna Arendt’s ‘banality of evil,’ phrase arose within this vicarious sense of reality, I’d learned to label my mind. Its the economy stupid, the economy, oh please God, save our mother-loving property prices and maintain the doctrine of denial, still feigning to be human, in this land of unique flora and fauna.

Are we redefining our spiritual sense of God, Cosmos & Self, in this 21st century A.D.

Are we verging on a practical sense of cosmic unity & redefining God?
As one cosmic organism, both without and within our human nature?


Is faith in God and a belief in evolution possible, in a practical way?

Can we each seek a deeper sense of a universal self & God, by re-framing our minds electro-chemically stimulated metaphors of theology, mythology and cosmic unity? Is an objective and rationally scientific view of the cosmos and humanity, fundamentally different from the esoteric views of religion and spirituality? Is an exploration of the chemical nature of evolution a denial of Christianity and God, or a search for the realization of God and the Cosmos inside us?

For example: "In the beginning was the Word. And the Word was with God, and the Word was God. The same was in the beginning with God. All things were made by him; and without him was not any thing made that was made. In him was life; and the life was the light of men. And the light shineth in darkness; and the darkness comprehended it not." See: John 1 (King James Version)

Are these lines from the Christian bible about a God as creator of the universe or do they speak in metaphor about the birth of a cosmic consciousness in our species? A cosmic consciousness, through the evolution of an increasing chemical complexity, resulting in the birth of the word and language, in our human species? A sentient species spawned within a chemical, cosmic womb? In the near future will thinking in terms of one chemical organism change our relationship with the Universe, ourselves and each other? Are the Christian bible and other creation stories, a mixture of objective history and unconsciously stimulated metaphors of existential meaning? Are our world wide creation stories and heroic legends, about our struggle for mature self-awareness, and an acceptance and understanding of what we are, as a manifest cosmic sentience?

Email ThisBlogThis!Share to TwitterShare to FacebookShare to Pinterest
Home
Subscribe to: Posts (Atom)
The Convergence of Science Spirituality & World Theology. 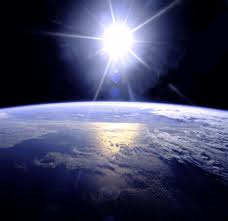 The Evolving Nature of Light? As a species realization that we are the Universe

A Cosmic Chemistry of Life 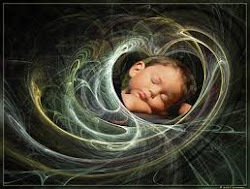 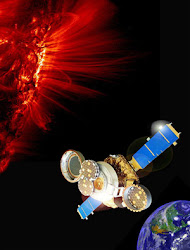 About 4.6 billion years ago, the solar nebula transformed into the present solar system. In order to chemically model the processes which drove that transformation, we would, ideally, like to have a sample of that original nebula to use as a baseline from which we can track changes.

Time to re-frame the tribal mythologies of life’s meaning, to a species understanding?

In a Universe of 96% dark matter/energy.

Is Life itself.
“The Resurrection.”
Is the great symbol of sacrifice we see in "Christ on the Cross," symbolizing all the Light Matter Energy, crucified to create your life?

The complex chemistry of the Universe, inside you?

How does the Universe save itself from becoming a dark and desolate place? If not by evolving into a form which can act upon itself - YOU?

Time to re-frame our
Sense-of-Self?

"Nothing in our everyday experience gives us any reason for supposing that water is made up of hydrogen and oxygen; and yet when we subject water to certain rather drastic treatments, the nature of its constituent elements becomes manifest.

Similarly, nothing in our everyday experience gives us much reason for supposing that the mind of the average sensual man has, as one of its constituents, something resembling, or identical with, the Reality substantial to the manifold world:

and yet, when that mind is subjected to drastic treatments, the divine element, of which it is in part at least composed, becomes manifest.” _Aldous Huxley.

The Cosmic Waters of Life? 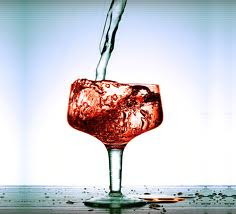 When we see the Universe as a vast chemical ocean, we can re-frame the parable of turning water into wine, as a chemical metaphor.

Life within a Cosmic Whale? 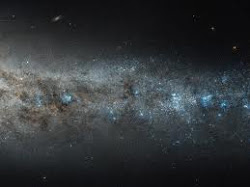 As chemical metaphor. We can understand the Biblical story of Jonah & the Whale, as Life inside the Cosmos.

Our First Sight of Heaven? 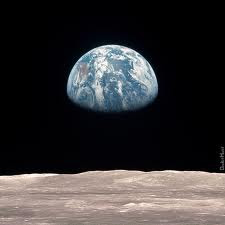 The Threshold of Realization? Crossing a threshold towards our self-realization in 1969?